“I don’t see why I have to be last,” Butterfly said.

“It’s cause you were the slowest and we didn’t want to wait,” said Dragonfly.  “So suck it up and blow yours out.  I can feel the sparkles coming!”

I knew Firefly would grow into her looks.  She is pretty, and looks very like me in facial structure.  She decided to work as a clerk at either the grocery store or the bookstore, I can’t remember.

Dragonfly has her father’s mouth, as well as hair and skin.  She also chose to work a part-time job, again as either a grocery clerk or a bookstore clerk.  I got it mixed up between them and am not sure which is which.  At least they look different, so when I go grocery-shopping, I won’t be calling Firefly ‘Dragonfly’ or vice versa.

Butterfly was my surprise as far as jobs go.  She is going into the political career, with hopes of becoming Leader of the Free World.  I always took her to be more of a teacher.  At least she’s living up to her surname.

The girls bought themselves a house way out in the marshes.  Or rather, Cam and I bought it for them with money from Cam’s concerts.

“Dude, I’m not going to dance for you,” Scarab said as he spun.

Curly looked as though he wanted to chew on Serpent’s horn.

Scarab is the Good son.  Don’t be fooled by the shiny jacket.

Cam was doing the wave with Scarab and I. 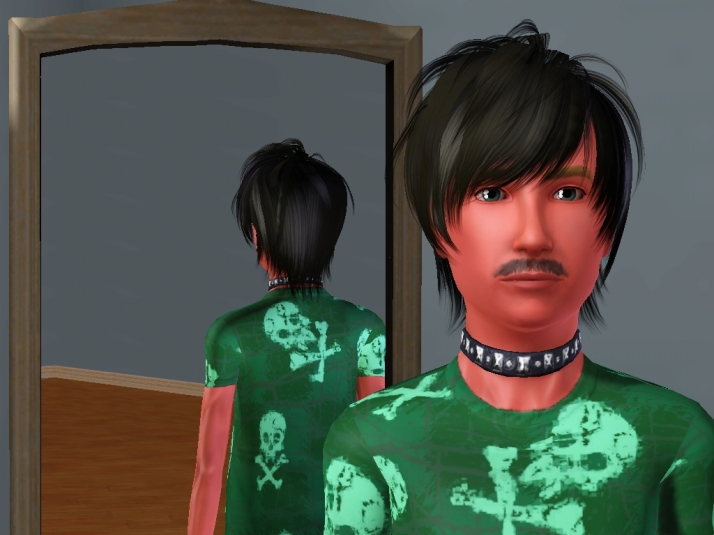 If you can’t tell, Serpent decided to be the Evil twin.  Oh, dear. 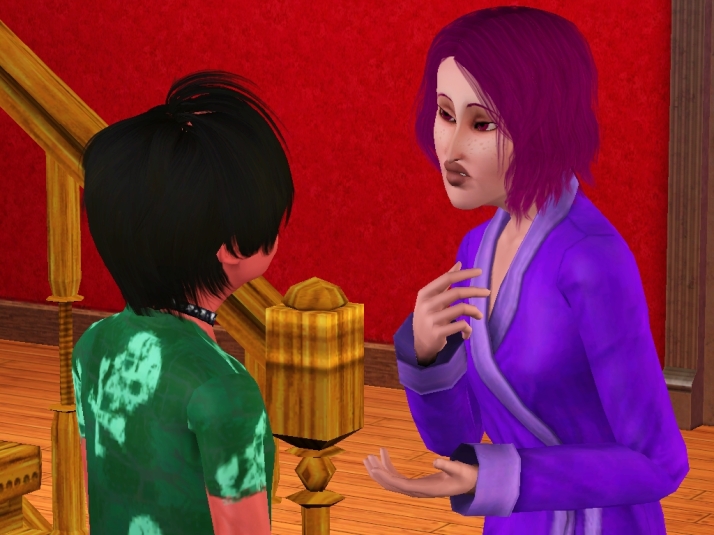 “Uh…Serpent,” I said when he’d finished showing off to his brother.

“Why did you grow a mustache?  There’s plenty of time for facial hair when you’re an adult.” 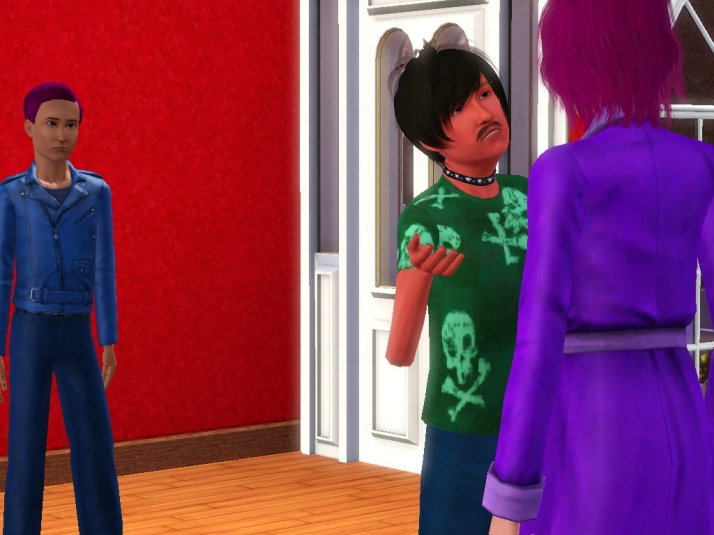 “But, Mom, I look great in a mustache!  Besides, all the best evil overlords have facial hair, and I want to get a head start as early as possible.”

“All right, you can keep it,” I said.  “Just don’t go growing a matching goatee or a beard, okay?”

“I’ll think about it,” said Serpent.  “You know, ‘staches are going to take over the world!”

When the boys had wandered off, still arguing, I turned to Cam and was swept into his arms.  “Whoa!” I said with a laugh.  “Does this mean you’re ready for more?”

“More than ready,” said Cam, and we kissed.

On the way to my room, I made sure to lock the door behind us.  Now Curly couldn’t follow us upstairs, unless he somehow gets opposable thumbs, a bit taller, and a set of lock picks. 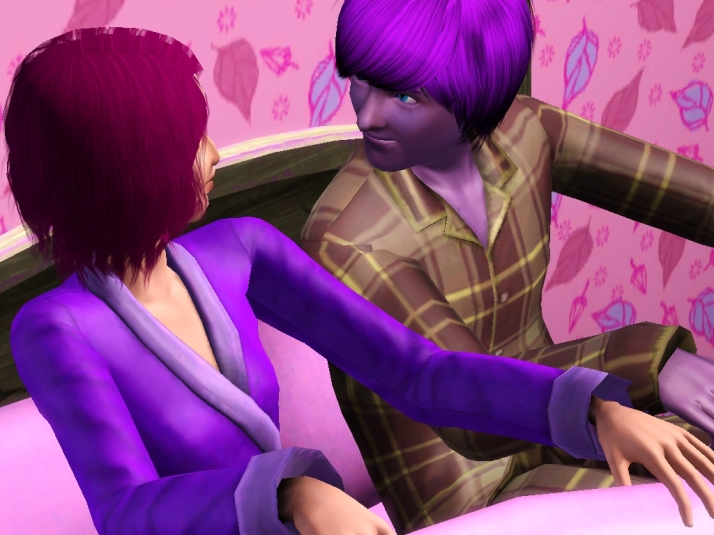 I do love that gleam in Cam’s eyes on occasions like these.

I shouldn’t have worried about Curly.  At the time, he was trying to balance on top of his ball.  Maybe he can be a mascot for Cam’s band.  But if he really wants to impress, he should balance on Sonset’s ball.

You didn’t think Cam and I did it just for fun, did you?

To Discuss this Challenge on the Sims 3 forums: